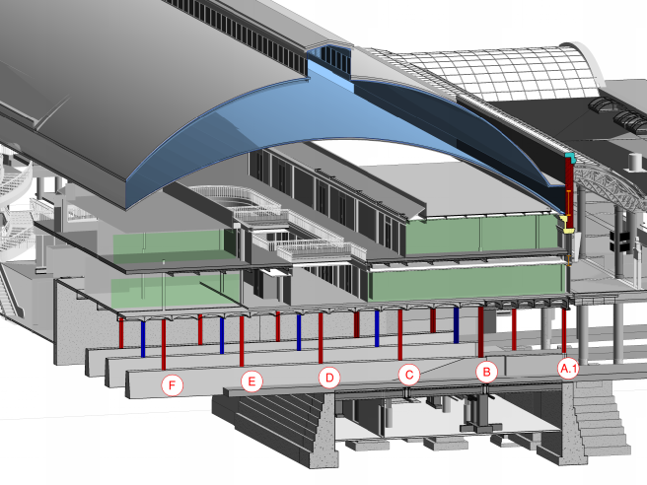 Washington Union Station’s 2nd Century plan is a comprehensive improvement initiative comprised of multiple projects that seek to double passenger and train capacity by modernizing and expanding station facilities over the next 20 years. The 2nd Century plan is informed by the 2012 Master Plan which set a vision for both near- and long-term growth goals for the station.

Part of this 2nd Century plan is Amtrak’s Subbasement Structural Replacement Project which includes replacing existing antiquated infrastructure that supports the Amtrak run-through rail tunnel below the historic Washington Union Station. This rail tunnel connects the Northeast rail corridor to points south and is vital to intercity and commuter operations.

For this project, Envision is providing design and construction scheduling services in coordination with the engineers, designers and Amtrak personnel to verify that the project’s operational stipulations and requirements are met. The construction schedule will be an evolving effort based on the design progress and means and methods in regards to constructability and will track and monitor the progress on the project to keep all parties informed.