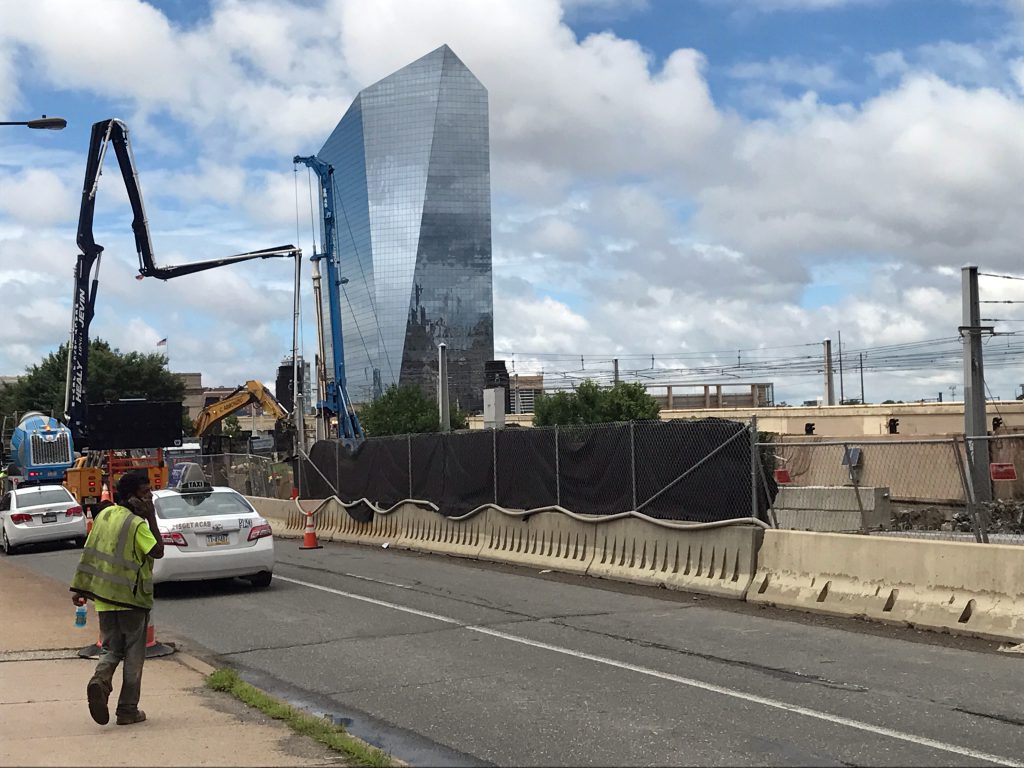 This project consisted of the rehabilitation of the three bridges on John F. Kennedy Boulevard over 21st, 22nd and 23rd Streets in Center City Philadelphia. The bridges have been in use since the 1950s and have been deemed structurally deficient.

The rehabilitation will consist of deck and beam replacements on the adjacent prestressed box-beam bridges. The eastern end of the boulevard was also reconstructed – both sidewalks were widened or reconstructed, a proactive approach to potential multi-use trails. A pedestrian stairway, a new center median, pavement markings, new drainage, and highway lighting was also installed.

During construction, traffic was rerouted and lanes were reduced to establish a safe environment for drivers, pedestrians, and the construction crew.