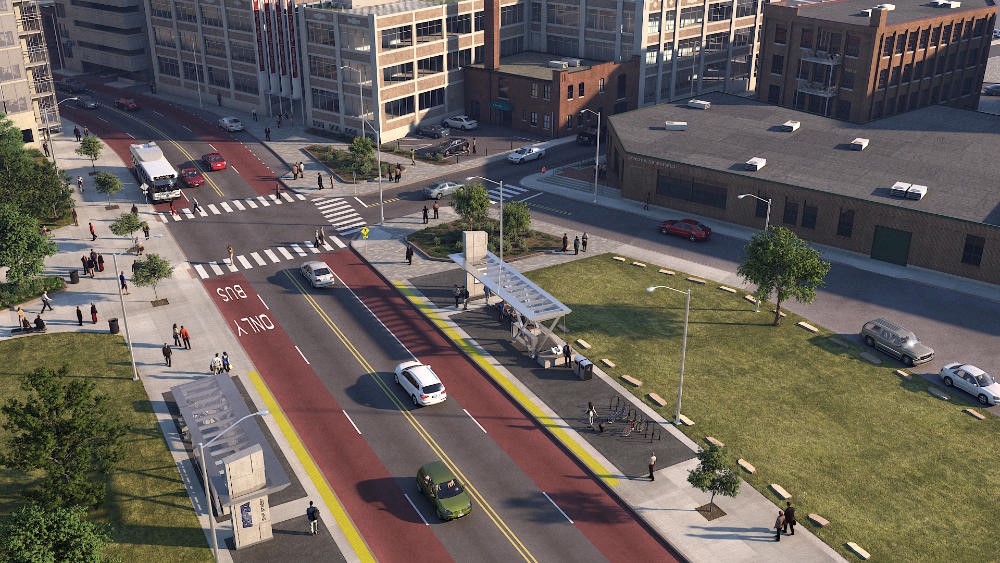 The Downtown Transit Connector will provide high-frequency transit service (every 5 minutes in each direction) between the Providence Amtrak/MBTA Station and the Hospital District in Upper South Providence. There will be six paired stops along the corridor, each designed with a unique and highly-visible identity. The stops will include shelters, real-time bus arrival signage, and other passenger amenities. RIPTA service will also be enhanced using signal priority for buses and dedicated bus lanes, as well as attractive public spaces around DTC stops. The $17 million project is funded by RIPTA and a USDOT Transportation Investments Generating Economic Recovery (TIGER) grant awarded to the City of Providence in 2014. Part of the funding is being used by RIPTA to purchase vehicles to operate the service.

The DTC will serve six stops in four downtown Providence neighborhoods: the Hospital District, the Jewelry District, Downcity and Capital Center. Service will be operated by regular RIPTA routes that are extended to run along the corridor via Eddy Street, Dorrance Street, Kennedy Plaza and Exchange Street. Routes 51, 54, 55, 58 and 72 have been extended south beyond Kennedy Plaza to RI Hospital, and Routes 3, 4 and 62 have been extended north to Providence Station. Under this current assignment, Envision is providing Program Management services including Task Order Management, QA/QC services, Buy America reviews, Clerical Support services, CPM Scheduling and Cost Estimating.